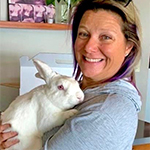 Julie brings a passion for animals and a 25-year career in business and education to the FAAS board. As a manager at outdoor retailer REI, Julie spent 15 years running retail stores. Most recently, she spent seven years as the executive director of Prime Time Early Learning Centers, a small chain of child care centers. She has a BA in business from Miami University and an MS in education administration from Indiana University. Julie began her work with animals more than 20 years ago as a "foster fail" for the Humane Society in Tennessee. Today, she and her husband, Jeff, and their son, Ethan, share their home with their fourth rescue dog, Moshi, a six-year-old white shepherd mix who was found dirty and malnourished on the streets of San Francisco; and their rowdy teenage boy cat Aiko, who they adopted from FAAS. Julie and her family also are avid outdoors people and often can be found hiking, biking, camping, kayaking or sailing.

Richard Lee brings a passion for animal rescue and a professional background of legal expertise to FAAS. He has been an attorney since 1975, representing nonprofit organizations, businesses and independent filmmakers. His practice includes estate planning and probate work. His office is in Oakland near Jack London Square. Richard helped organize a Jack Russell terrier rescue organization in Northern California and has volunteered with other nonprofits, including the Legal Services Section of the State Bar and the Alameda County Bar Association. He lives in Alameda with his spouse, a Jack Russell terrier named Tucker, and another terrier named Polo that looks like an ewok. 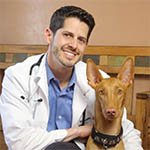 Dr. Miller joined the board in 2012, a month after adopting his two cats, Zinnia and Farallon, from FAAS. He has lived in Alameda with his partner, Steve, since graduating from UC Davis in 1998 and is now a veterinarian and owner of Providence Veterinary Hospital & Clinic. He enjoys traveling and working on his home on Alameda's "Christmas tree lane." He is honored to help FAAS serve the pets and people of Alameda and strengthen FAAS’s position as the community’s leading steward for animals. 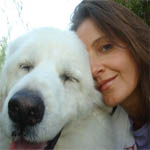 Janet joined the board in July 2011 and was elected president in July 2017. She believes Alameda’s homeless animals deserve a well-run shelter of their own to care for them until they are adopted. Janet owns one of the oldest owner-operated pet-sitting businesses in Alameda, JD’S Pet Care. She also has been the national director of the rescue for Akbash dogs for more than three years, and writes for the Akbash Sentinel. She specializes in dog training and behavior both professionally and in her volunteer work. She has two rescued Akbash dogs:Tash, from the Fremont shelter, and Dara, from the Placer County shelter. Their favorite places for walks are local dog beaches. 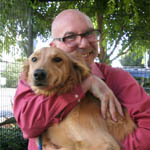 Steve joined the FAAS board in 2012 and served as vice president in 2017. He is the hospital manager for Park Centre Animal Hospital in Alameda. Park Centre has worked closely with the animal shelter for many years, and was a big supporter of FAAS when the group took over the shelter to prevent its closure. Steve also has served in the Alameda Photographic Society and on the board of the Park Street Business Association. He and his wife have two dogs, Kylie and Suzie, and a Burmese cat named Dexter. 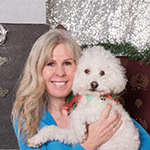 Nancy helped found Friends of the Alameda Animal Shelter (FAAS) and served as president of its board of directors almost continuously since 2009. Nancy started volunteering at the shelter 2008, when it was still operated by the City of Alameda. In 2009, she and handful of other volunteers formed the all-volunteer not-for-profit Friends of the Alameda Animal Shelter (FAAS). Its mission: to help the City care for its shelter animals by raising extra money for medical and other needs. In 2011, when the City announced it was considering closing the animal shelter due to budget constraints, Nancy spearheaded a successful "Save Our Shelter (SOS)" campaign. In 2012, she helped FAAS assume control of shelter operations from the City and hire its own paid staff. Nancy first served as board president from 2009 to 2015. She rejoined the board in 2018 and resumed the role as president in July 2019. She also has served on the board of her homeowners association. She has been an Alameda real estate agent since 1989 and currently works for Compass. She adpted all of her dogs –Toby, Buddy and Gizmo – from FAAS. 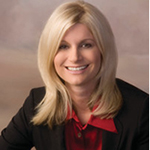 Kelly has served Alameda as a State Farm Insurance agent for more than 25 years. Last year she and her 16-member team opened a second office, in Fremont. She has received numerous awards for her work, including the 2017 Community Service/Business Person Award by the Social Service Human Relations Board of Alameda; and the Affiliate of the Year award from the Alameda Association of Realtors. The readers of Alameda Magazine voted her best insurance agent in Alameda for four years running. Kelly's team recently the Excellent award from the Alameda Chamber of Commerce. Kelly also serves on multiple boards, including the Alameda Education Foundation, the Greater Alameda Business Association and the Personal Insurance Federation. In addition, she promotes, hosts or serves as ambassador for numerous causes, including National Teen Driver Safety Week, Meals on Wheels, and the Agent Aspirant Program. Kelly credits her success in business to "treating all customers with care, quality and integrity," though she considers her greatest achievement to be raising her sons Matt and Drew with her husband Andy. Kelly takes her dog, Molly, adopted from FAAS, to work every day, where she has brought "much love and therapy."